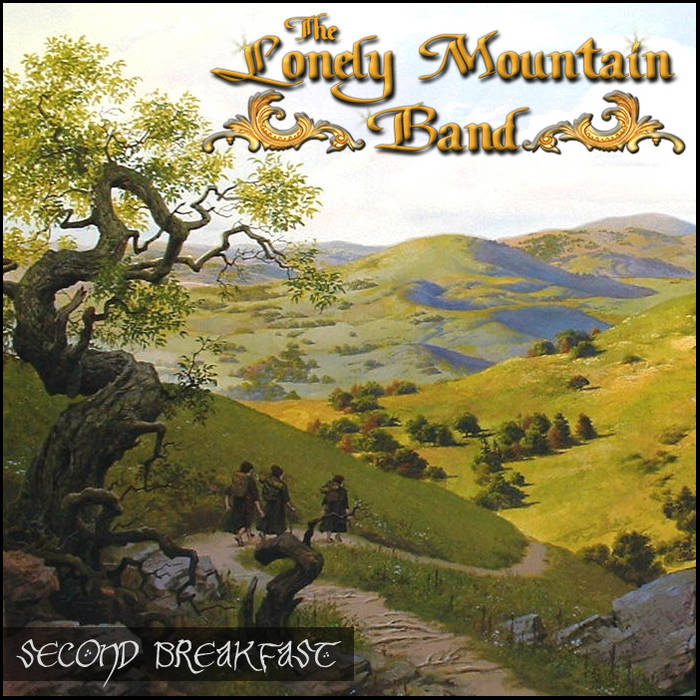 HAPPY HOBBIT DAY 2021!
May you have a wonderful Hobbit Day!

ps. The Lonely Mountain Band had hoped to release the new fourth album September 22, 2021 - but due to unexpected journeys and a desperate shortage of pocket handkerchiefs the release of the album will have to be delayed until March 25, 2022. We will meet you on the Shores of Faery next Spring!

-
From the Press Release that originally appeared on MyMiddle-earth back in 2011:

"The Lonely Mountain Band‘s second album has been much anticipated by fans and folk music enthusiasts the world over and now it’s release date as been set. ‘Second Breakfast will be available for purchase on September 22, 2011. In this Q&A interview John Di Bartolo, a Founder of Middle-earth Network and the talent behind the Lonely Mountain Band (LMB), reveals what instruments were used in the album, the significance of it’s release date, and possible future projects.

Who makes up the Lonely Mountain Band and what are their talents?

The Lonely Mountain Band is a Tolkien and fantasy inspired music project which composed, performed, and produced by myself John Di Bartolo with guest musicians contributing or appearing on some tracks. I try to find whatever instrument the song is calling for and make an effort to use real instruments as much as possible. Many times today when you hear fantasy soundtrack or game music, a lot of it can be programmed or samples played with a keyboard. The sampling and plugin technology is getting so much more realistic these days and quite often the average listener cannot tell the difference anymore. Lonely Mountain Band has featured acoustic guitars of various kinds, mandolins, harps, uilleann pipes, whistles, and sometimes the magical elements of synth ties it all together. For the most part the greater share of the songs are written from acoustic guitar, and grow out from there. We recently had guest composer Astleigh Mondegreen submit a track for the album written with MIDI. I’m open to any kind of technology as long as it benefits the project as a whole, but I want the tracks to sound real, not synthesized or overly produced.

Your second album titled “Second Breakfast” gives it a very Hobbity feel. Is there anything significant about it’s September 22, 2011 release date?

“Hobbit Day” is September 22 in honor Frodo & Bilbo’s birthday, which also falls within “Tolkien Week”. The first LMB album was released on that date last year, and since this is a Hobbit themed album, I thought it appropriate to release on the same date this year. I don’t think I’ll set a release date for the next album, it was really difficult meeting my own deadline with all the other commitments I have right now with other music, the Middle-earth Network and family. The third album will be done when it is done; which is a very Dwarven sentiment I might add.

In comparison with the band’s first album “Beyond the Western Seas” what can we expect this new album to sound like?

Second Breakfast is just that, kind of a lighter meal or snack eaten around 10:30 in the morning. It is a fun and lighthearted album based on live jam sessions and ‘off the cuff’ writing. The planning of the songs of “Beyond the Western Seas” was much more meticulous and thought-out in advance, and features songs relation to various races and elements of Middle-earth. Second Breakfast kind of quickly takes notions from other meals and serves it up for a fun and rustic meal from a Hobbit’s perspective. The main thing about this album is that it is all Hobbit themed, Celtic, acoustic, as if you happened upon two or three Hobbits just jamming at a local pub. Yet, there are moments of shimmering magic that seep through from the Elves and Dwarves.

I plan on delving deeper into the lore for the next album. I’m considering working on singles though as opposed to albums, so that there can be material released more often actually.

Is there anything special planned to celebrate the album’s September 22 release?

Ale & Pie. With all the hustle & bustle in Middle-earth these days, we may just have an impromptu party on Middle-earth Network Radio and an in LOTRO gathering. I would say just stay tuned to MyMiddle-earth.net and the online radio station for developing details.

What will “Second Breakfast” run for?

The digital download of Second Breakfast will be $7 at minstrelsongs.com, $10 for the CD & Download bundle, and then it will be available on I-Tunes, Amazon and other digital outlets sometime later this Fall."