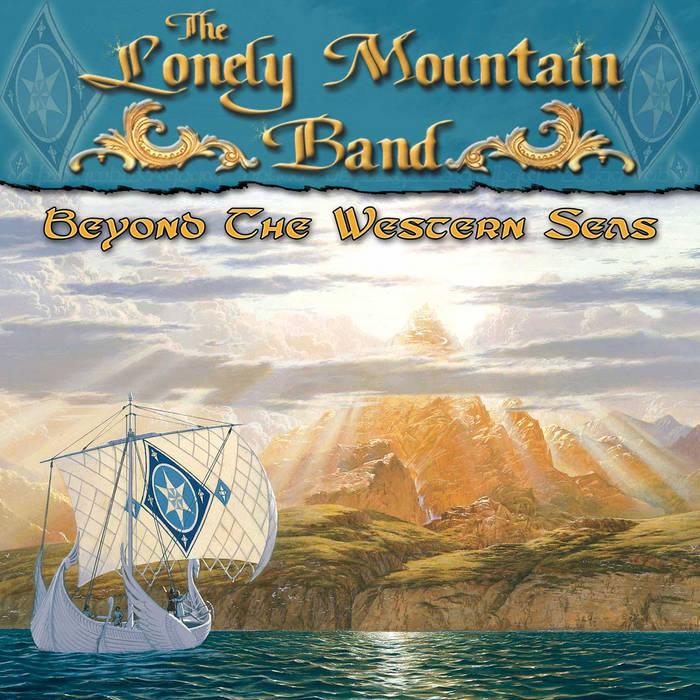 M Music composed in-character entirely inside the Lord of the Rings Online courtesy of its creative player music system.
An elven harper's delight, both to hear and to perform. Celtic influences imbue these tunes with ancient folk authenticity befitting the Eldar's repertoire. As if drawn from deep wells of memory, these sensitive cadences have been sources of incredible inspiration for my own compositions, for which I will forever be grateful. Favorite track: Swanships of Alqualondë.

09.18.2010 – Beyond the Western Seas is the debut album for The Lonely Mountain Band, a musical project created by members of the Celtic rock group Fathom and fronted by Fathom lead singer John Di Bartolo. The album is inspired by the epic literary world of J.R.R. Tolkien, perhaps best known for his The Lord of the Rings trilogy. The scope of Beyond the Western Seas covers the early days of Tolkien’s world, however, giving its intricately detailed history a unique musical life.
While Di Bartolo’s Celtic roots are clear throughout Beyond the Western Seas, The Lonely Mountain Band is a separate musical experience infused with fantasy. In addition to original lyrical content, The Lonely Mountain Band puts several of Tolkien’s poems into new settings for fans to enjoy as free downloads from the band’s website. Di Bartolo is joined by multiple guest performers, including Robert Muller (also of Fathom), Celtic fusion artist Danny McLauglin (Darkwood), and harpist Harperella. Fans of Tolkien’s work will find many details in the album to enjoy from the familiar poetry and names of heroes and battles right down to the cover art provided Ted Nasmith, an artist renowned for his interpretations of Tolkien’s work.
The catalyst for this new collection of songs was the recording of “Let Us Sing Together,” a re-worked cover of a song from the soundtrack to The Lord of the Rings Online written by composer Chance Thomas. Beyond the Western Seas will feature three bonus tracks dedicated to the game’s community, included free with the album or online as downloads at www.lonelymountainband.com.
Beyond the Western Seas will have its worldwide release on September 22, 2010, with a virtual release party to be held within the world of The Lord of the Rings Online.